Mark Schulman has enjoyed an unprecedented career over the last 30 years as a first call drummer for world-class rock and pop artists. He was voted Top 3 Pop-Rock Drummers in the Modern Drummer Reader’s Poll in 2014 and was the featured cover artist in the May 2019 issue of Modern Drummer. Mark has done four record breaking world tours with P!NK and continues to work with her after 14 years.

Virtual Keynotes & Webinars
Contact us for more information about this speaker & their virtual presentations. Click here for some of the most popular formats for virtual events.
Hacking the Rockstar Attitude: How To Ignite Rockstar Performance During Uncertain Times

This high-energy and dynamic presentation can best be described as a Rock show disguised as a keynote. Mark uses three core principles during this kinetic and sensory-driven program – ABC: Attitude, Behavior, Consequences.  You can’t always control what happens to you – as evidenced by the global pandemic – but you can control your attitude, which drives your behavior, and your behaviors determine your consequences. Your audience will walk away with a blueprint for how to incorporate Rock & Roll philosophy, techniques, and swagger in order to overcome obstacles, drive performance, and energize their work and personal lives. Are you ready to rock?

Mark brings his popular book to life at your event through engaging stories, performance and interactive processes. Mark demonstrates how all individual and team performances are broken down into three simple yet powerful steps: Clarity, Capability and Confidence. You will use these three simple concepts to drive you and your team’s performance to a higher level by transforming fear and trepidation in Confidence!

For organizations, leaders, and individuals, Mark will show you through stories, performance and science how you can boost your RQ to embrace change and boost productivity, capacity, performance, innovation and morale. This is a rock show disguised as a keynote with measurable results!

Workshop/Breakout Session
Marks offers a workshop or breakout session to get audiences working together and have as much fun as possible!

A legend in the music world and was recently on tour with P!NK, Mark Schulman is an incredible musician, dynamic performer and a strategic business mind who has parleyed his success on stage into true business success.

Mark’s resume reads like a “Who’s Who” of international Rock n’ Roll royalty including acts such as Cher, Billy Idol, Foreigner, Sheryl Crow, Stevie Nicks, Beyonce’ and so many other world–class artists. He has drummed with Velvet Revolver at Ozzfest and for a crowd of 225,000 at Glastonbury Festival with Simple Minds. Mark has appeared on nearly every American, European and Australian variety show including The Grammys, David Letterman, The Tonight Show, Conan O’Brian, Jon Stewart, American Idol, Paul O’ Grady, X-Factor, Wetten Das, The Arias and more.

Mark can be seen in the new P!nk documentary film, All I Know So Far’, that debuted in 2021 worldwide on Amazon Prime Video. He also performed with P!nk at the Billboard Music Awards as she received the 2021 Icon Award.

Music is not Mark’s only driving force; he was the chairman of the board of directors of Create Now!, a non- profit organization founded in 1996, to help change troubled children’s lives through creative arts mentoring. A cancer survivor himself, Mark has also motivated children and teens through his work doing seminars with the Ronald McDonald House and benefits for the Teenage Cancer Trust in the UK.

As a speaker, Mark’s keynotes are an audio & visual feast. He unlocks the Rockstar Attitude by incorporating his powerful business philosophy and innovative strategic content with engaging multimedia and drum performances. Through Mark’s high-energy speaking style, strategic business expertise, and dynamic, interactive musical activities, you will get to express your own rhythms, fortify individual strengths, and enhance emotional connections with your colleagues and families. Mark’s presentations have the excitement of a Rock show with the transformational results of a cutting-edge keynote. Think Tony Robbins meets Bono meets Ringo Starr! You’ll break the boundaries of possibility and performance while rocking out to an unforgettable mix of drumming performances, audience interactive demonstrations, and compelling stories from Mark’s intimate experiences with P!nk, Billy Idol, Foreigner, Cher, and other world-class artists. He was also recently awarded the Certified Speaking Professional (CSP) designation from the National Speakers Association, joining only 17% of his peers.

Mark is a classically trained cellist and as a teen, played with the Los Angeles Junior Philharmonic. He played cello on the 2009/2010 P!NK tour! He is also a music producer, trained audio engineer and studio co- owner of West Side Recording Studio in Venice, California. As an active educator, Mark taught at the Los Angeles College of Music and as one of the world’s most sought after drum clinicians hosting clinics in countries around the world. Mark produced his first DVD in his studio entitled, A Day in the Recording Studio; A Do-It-Yourself Guide to Recording Great Drum Tracks for Drummers and All Musicians distributed by Hudson Music. The Mark’s signature snare drum is one of the best selling signature product in the history of Gretsch. 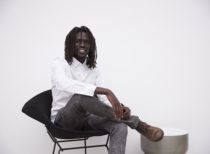